“When another writer in another house is not free, no writer is free” – Orhan Pamuk

Today is the Day of the Imprisoned Writer, an annual, international day intended to recognise and support writers who resist repression of the basic human right to freedom of expression and who stand up to attacks made against their right to impart information.

Globally writers are increasingly targeted and silenced by their governments as the climate for freedom of expression continues to deteriorate.

“This is a day of solidarity and action. It’s a day in which PEN’s global community stands with those writers who are paying a heavy price for their commitment and belief that we all have a right to express ourselves freely and peacefully. It is a day on which we say, in one voice, that they are not alone. It is also a day on which we tell those governments who seek to silence writers that we will continue to stand with them and against any authority, system, or power that views the right to free expression as a threat.’

In Burma anyone outspoken against military rule has been routinely locked up in prisons for years. Currently there are 43 prisons and over 50 labour camps holding political activists. We know many are writers, but have no idea of the exact number. Most recently, Reuters reporters Wa Lone and Kyaw Soe Oo, were jailed. These two journalists have been sentenced to seven years in prison on retaliatory charges of violating the government’s colonial-era Officials Secrets Act. Working for an international news organisation, they reported on a story of profound global significance a crisis: millions of Rohingya Muslims fleeing persecution in Burma. 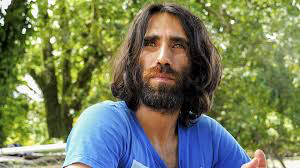 In China more than 50 journalists and bloggers are currently detained in conditions that pose a threat to their lives, according to the Independent PEN centre of Chinese writers.  Liu Xiaobo, a Nobel peace laureate and winner of the RSF Press Freedom Prize, and Yang Tongyan, a dissident blogger, both died in 2017 from cancers that were left untreated while in detention. Under tougher internet regulations, members of the public can now be jailed for the comments on a news item that they post on a social network or messaging service, or even just for sharing content.

Closer to Australia, one of the most public figures in the current refugee crises illegally detained and kept in limbo on Manus Island is Kurdish journalist Behrouz Bouchani. Behrouz is one of many hundreds of people on Manus Island who are denied their human right to seeking asylum. I highly commend his book No Friend but the Mountains which was laboriously typed out on a mobile phone from detention.

Most of us don’t have to consider our freedom to write every day, but thousands of writers do. PEN Perth Patron, Peter Greste argues that we need to make freedom of expression a much bigger part of the public conversation. The problem, he says, is that press freedom around the world has been eroding since 9/11, because governments have been using national security as an excuse.

On 15 November I ask you to think about your own freedom of expression and sign up to join PEN International which promotes literature and defends freedom of expression world-wide. You can also join a local chapter of PEN wherever you are and receive newsletters and updates straight to your inbox.