Isn’t this a great theme for a writer’s festival?   I’m looking forward to participating in the Margaret River Readers and Writers festival that runs from 1-3 June in the picturesque south west of WA.

Each of us builds a narrative about ourselves and I’m lucky enough to interview three writers with many layers to their stories. Even though two are fiction writers, each has been influenced by their own stories.

Still glowing from her Stella Award short listing, I will interview my friend Shokoofeh Azar about her book The Enlightenment of the Greengage Tree. It is a chance for us to visit the world of magical realism and understand real life events in Iran after the 1979 revolution. It is the moving story of a family told in the style of classical Persian literature.  Here is an excellent interview with Shokoofeh that gives you some more information.

My second interview is with Mohammed Massoud Morsi an Egyptian/Danish/Australian writer. If you visit his website you’ll see he is a photographer and so much more. I spent two hours with him over coffee this week and we could have talked for much longer. We will be discussing his latest book, Twenty Two Years to Life, which is a work of fiction, based on a true story. His raw and powerful words took me, as the reader, to the realities of daily life for an ordinary family living in Gaza.

My final interview is with Sisonke Msimang. We will trace her life through the lens of race, gender and democracy. Sisonke’s memoir is called ‘Always Another Country’. If you get a chance have a look at her TED talk. you will hear her question our emphasis on storytelling, as well as spotlight the decline of facts.

I round out my festival participation in an enticing session called Coffee and the Papers on Sunday morning. Fellow panellists Ian Parmeter, Nikki Gemmel and Chris Nixon and I will dissect recent news events. Should be interesting!

I’ll let you know about any new writers I discover at Margaret River. 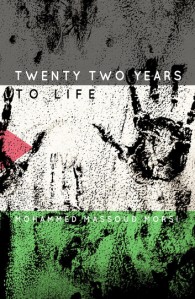