The human face of Australia’s tough border policies can be seen through the eyes of more than 100 refugee children living on Nauru – some for more than 2 years. 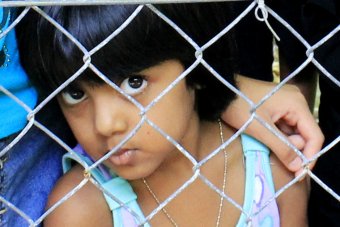 Four Corners spoke to children and young people recognised as refugees, released from detention, but trapped in limbo. The recently aired program included footage filmed for Four Corners and smuggled out of the country, that showed children talking of their experiences over the last three years. It was hard to watch.

What are we doing? Who are we as a country?

If you didn’t see the program please follow this link.